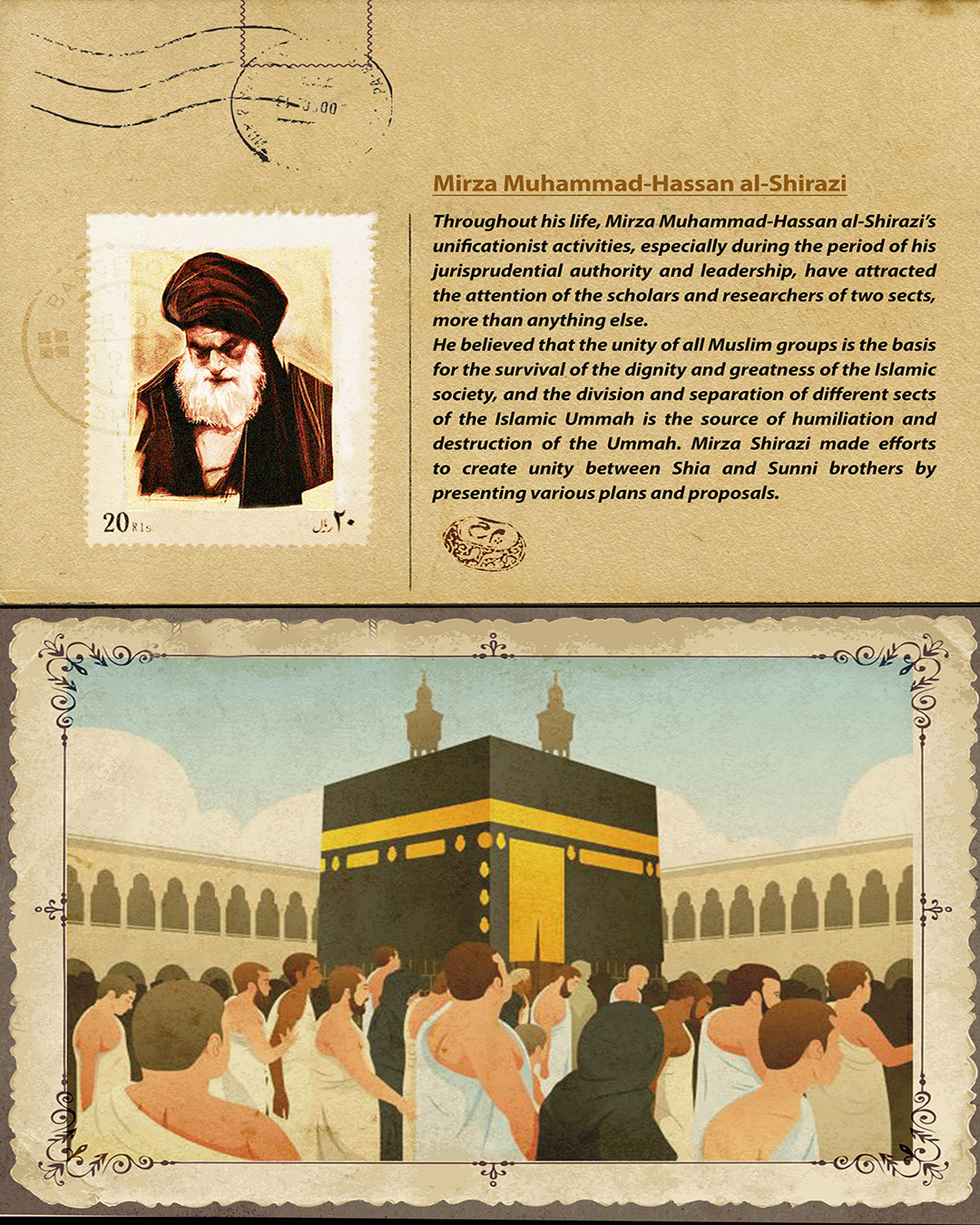 Mirza Muhammad-Hassan al-Shirazi
Throughout his life, Mirza Muhammad-Hassan al-Shirazi's unificationist activities, especially during the period of his jurisprudential authority and leadership, have attracted the attention of the scholars and researchers of two sects, more than anything else.
He believed that the unity of all Muslim groups is the basis for the survival of the dignity and greatness of the Islamic society, and the division and separation of different sects of the Islamic Ummah is the source of humiliation and destruction of the Ummah. Mirza Shirazi made efforts to create unity between Shia and Sunni brothers by presenting various plans and proposals.