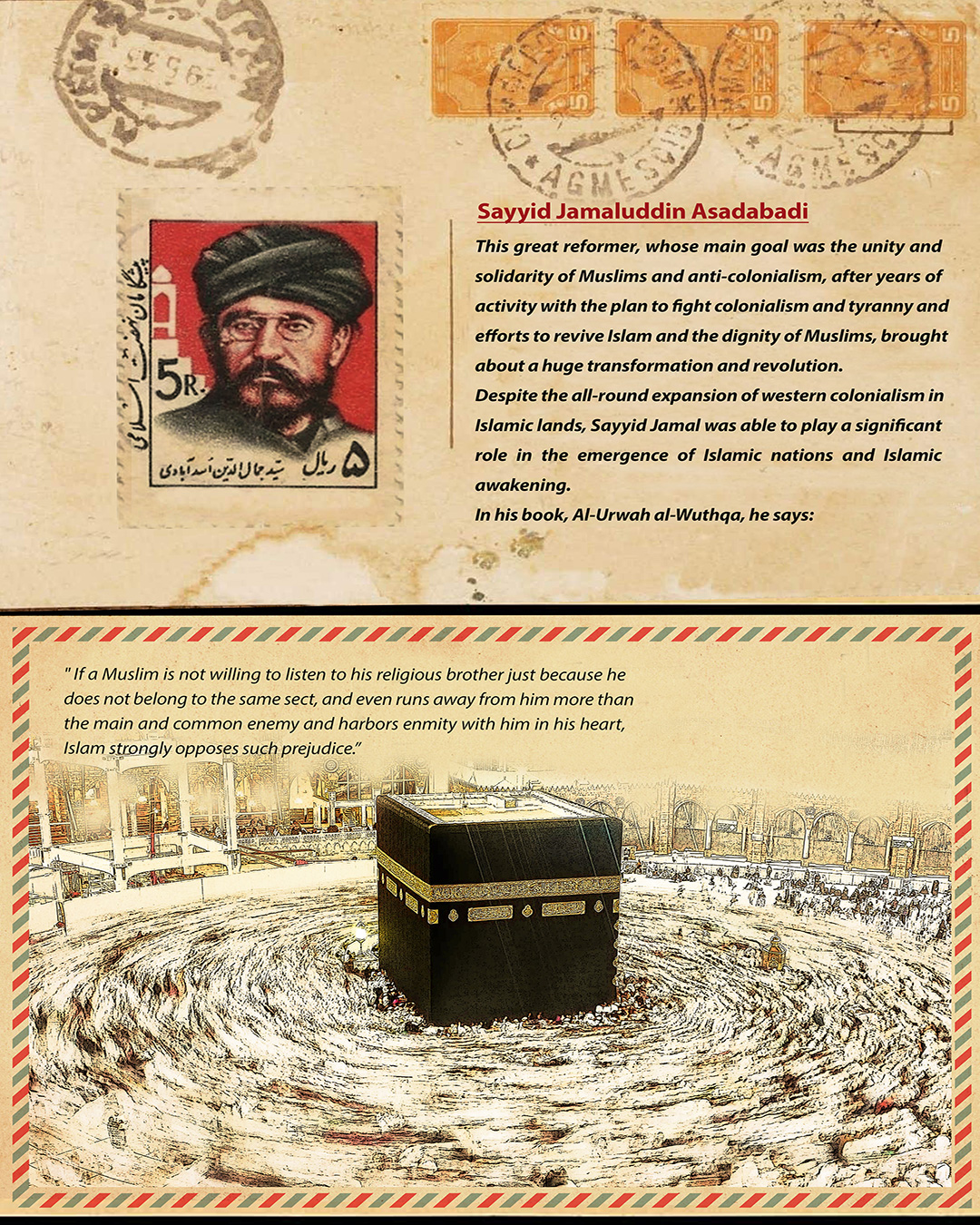 Sayyid Jamaluddin Asadabadi This great reformer, whose main goal was the unity and solidarity of Muslims and anti-colonialism, after years of activity with the plan to fight colonialism and tyranny and efforts to revive Islam and the dignity of Muslims, brought about a huge transformation and revolution. Despite the all-round expansion of western colonialism in Islamic lands, Sayyid Jamal was able to play a significant role in the emergence of Islamic nations and Islamic awakening. In his book, Al-Urwah al-Wuthga, he says:
"If a Muslim is not willing to listen to his religious brother just because he does not belong to the same sect, and even runs away from him more than the main and common enemy and harbors enmity with him in his heart, Islam strongly opposes such prejudice."