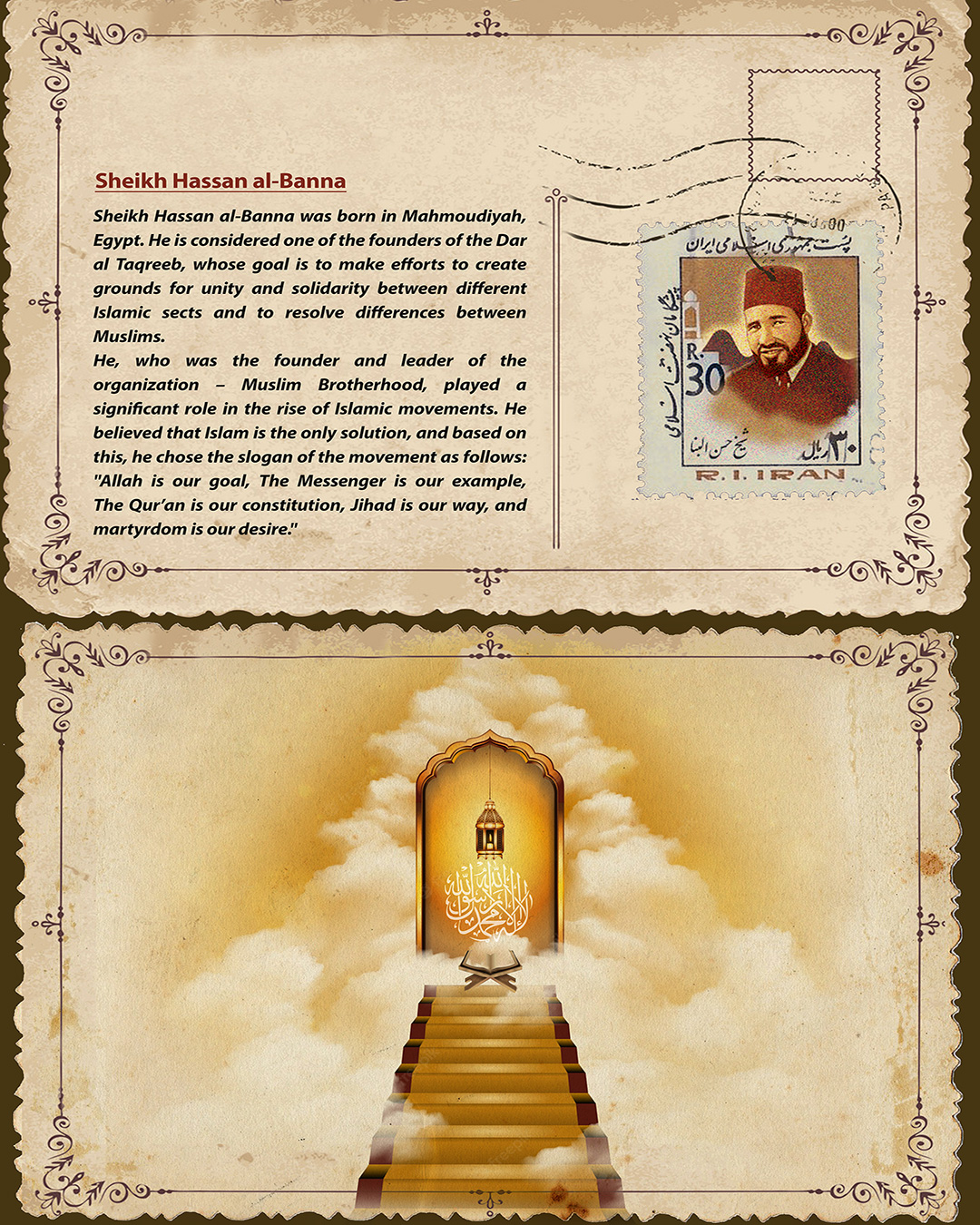 Sheikh Hassan al-Banna was born in Mahmoudiyah, Egypt. He is considered one of the founders of the Dar al Taqreeb, whose goal is to make efforts to create grounds for unity and solidarity between different Islamic sects and to resolve differences between Muslims. He, who was the founder and leader of the organization - Muslim Brotherhood, played a significant role in the rise of Islamic movements. He believed that Islam is the only solution, and based on this, he chose the slogan of the movement as follows: "Allah is our goal, The Messenger is our example, The Qur'an is our constitution, Jihad is our way, and martyrdom is our desire."