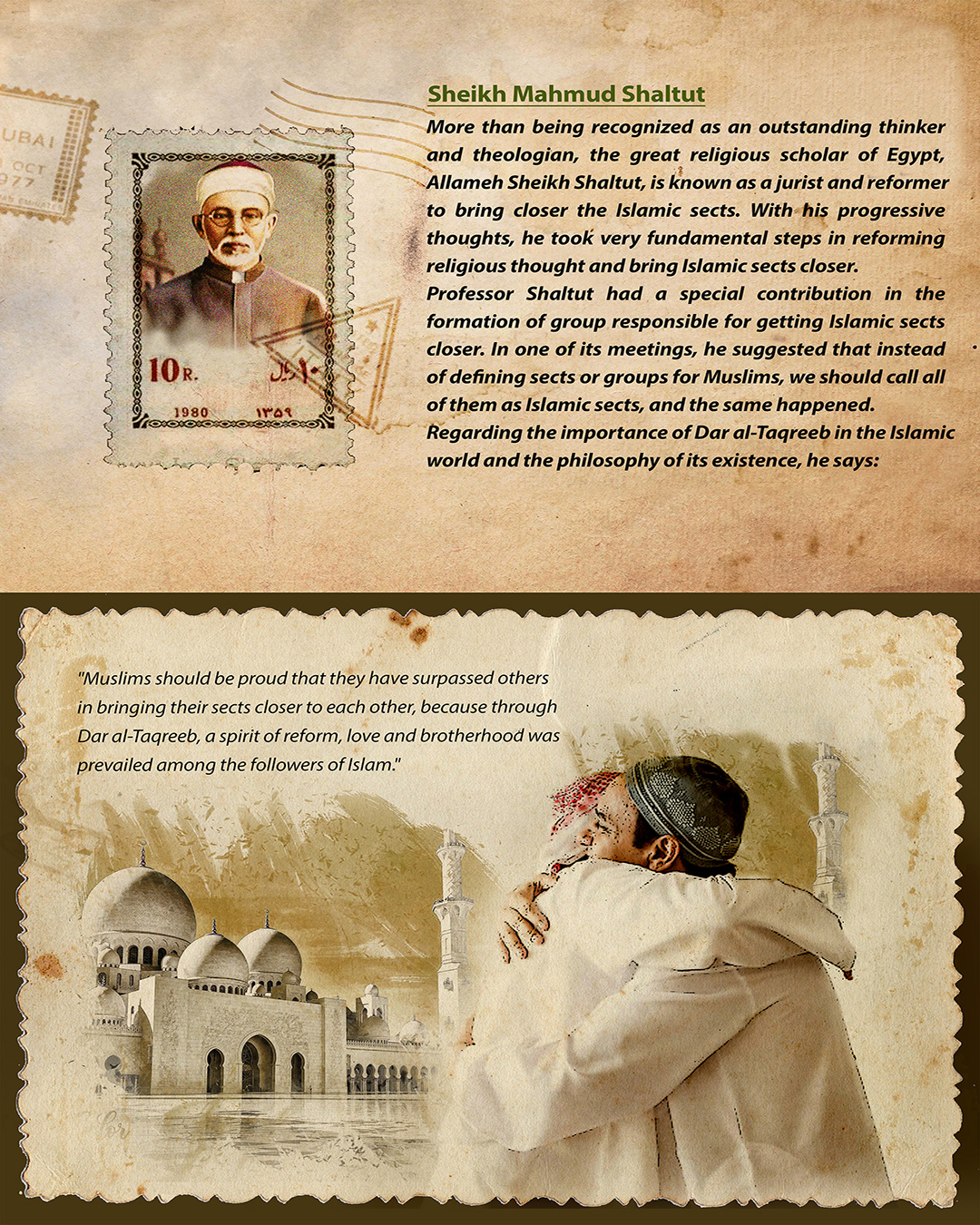 Sheikh Mahmud Shaltut
More than being recognized as an outstanding thinker and theologian, the great religious scholar of Egypt, Allameh Sheikh Shaltut, is known as a jurist and reformer to bring closer the Islamic sects. With his progressive thoughts, he took very fundamental steps in reforming religious thought and bring Islamic sects closer. Professor Shaltut had a special contribution in the formation of group responsible for getting Islamic sects closer. In one of its meetings, he suggested that instead of defining sects or groups for Muslims, we should call all of them as Islamic sects, and the same happened. Regarding the importance of Dar al-Taqreeb in the Islamic world and the philosophy of its existence, he says:
"Muslims should be proud that they have surpassed others in bringing their sects closer to each other, because through Dar al-Taqreeb, a spirit of reform, love and brotherhood was prevailed among the followers of Islam."