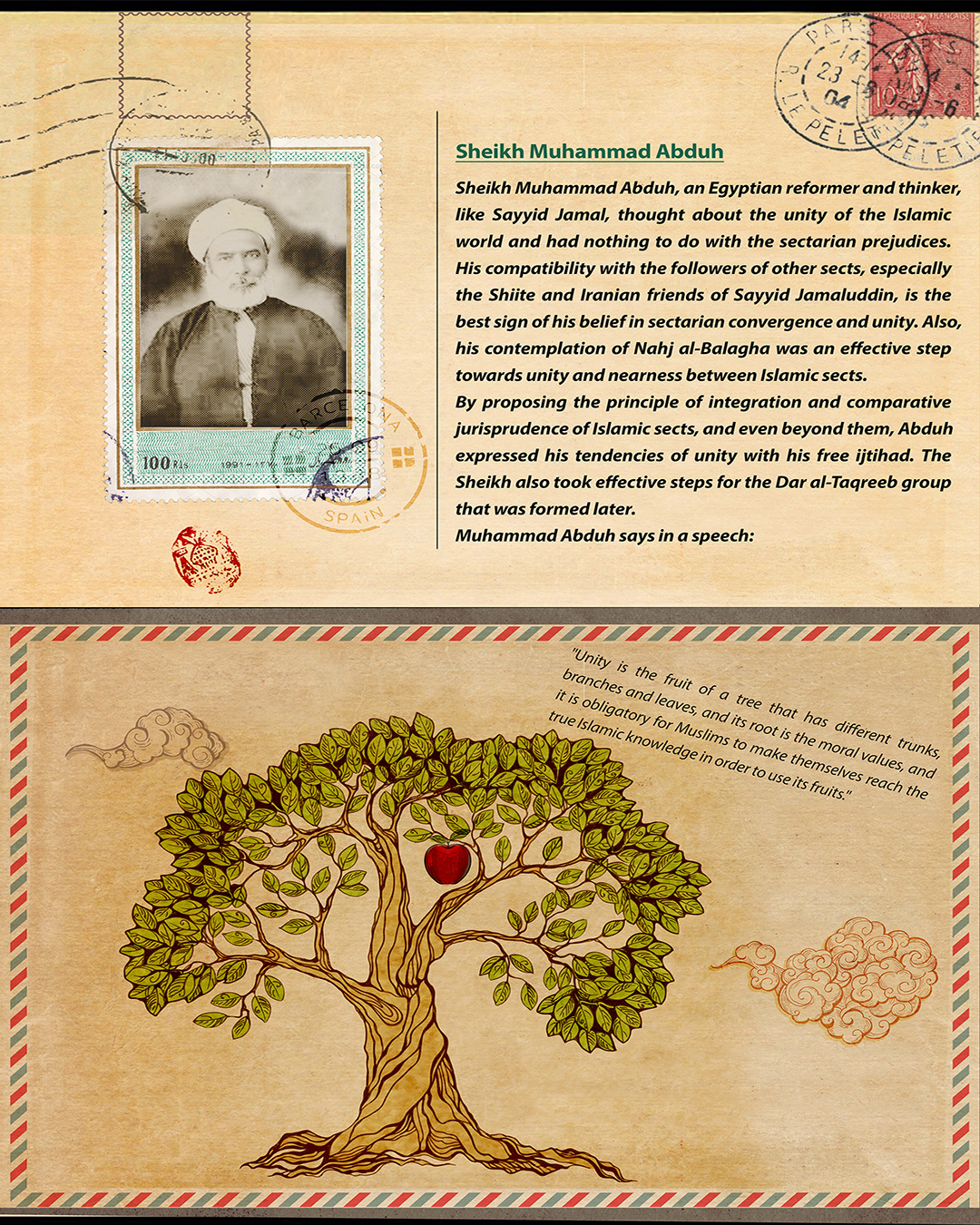 Sheikh Muhammad Abduh
Sheikh Muhammad Abduh, an Egyptian reformer and thinker, like Sayyid Jamal, thought about the unity of the Islamic world and had nothing to do with the sectarian prejudices. His compatibility with the followers of other sects, especially the Shiite and Iranian friends of Sayyid Jamaluddin, is the best sign of his belief in sectarian convergence and unity. Also, his contemplation of Nahj al-Balagha was an effective step towards unity and nearness between Islamic sects. By proposing the principle of integration and comparative jurisprudence of Islamic sects, and even beyond them, Abduh expressed his tendencies of unity with his free ijtihad. The Sheikh also took effective steps for the Dar al-Taqreeb group that was formed later. Muhammad Abduh says in a speech:
"Unity is the fruit of a tree that has different trunks, branches and leaves, and its root is the moral values, and it is obligatory for Muslims to make themselves reach the true Islamic knowledge in order to use its fruits."