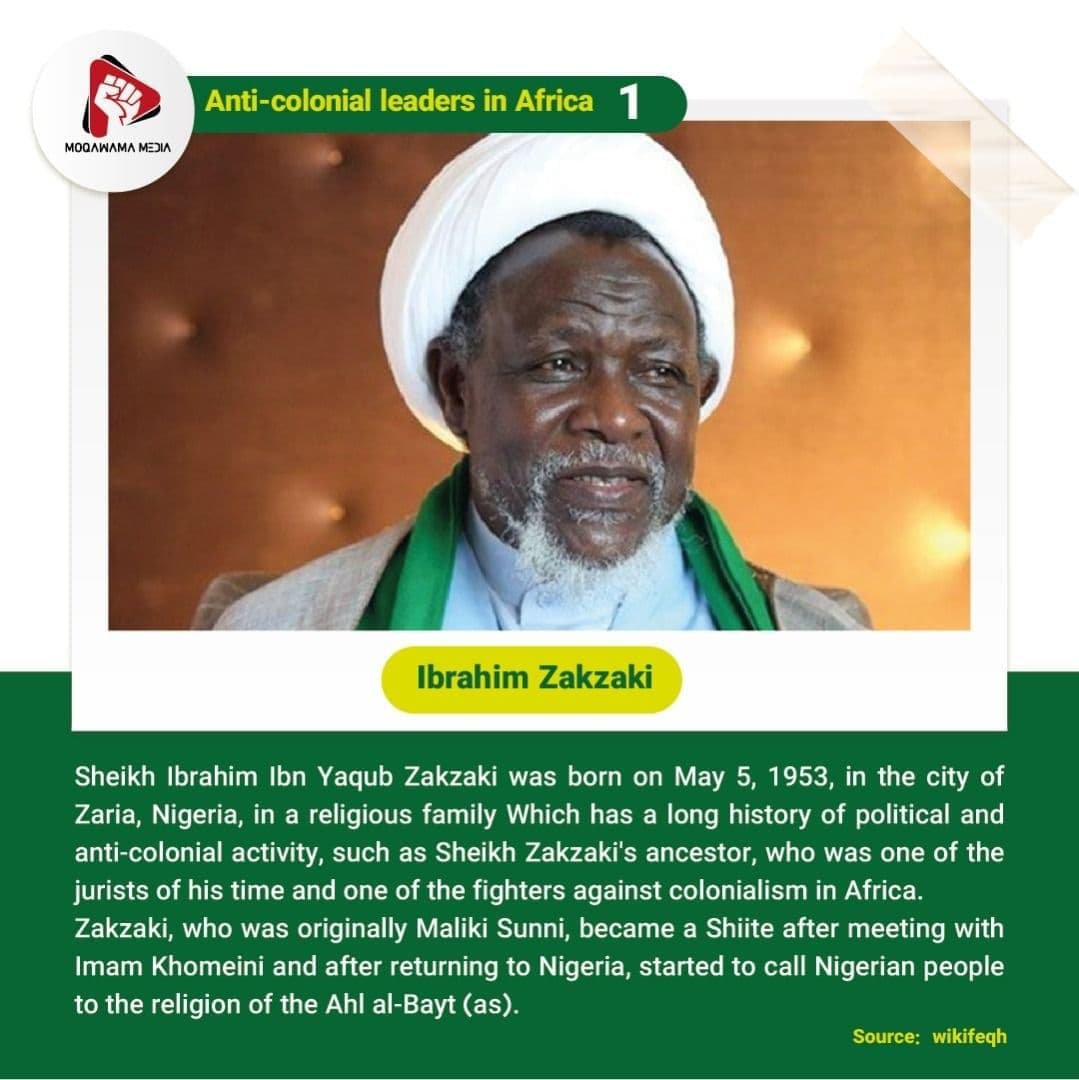 Sheikh Ibrahim Ibn Yaqub Zakzaki was born on May 5, 1953, in the city of Zaria, Nigeria, in a religious family Which has a long history of political and anti-colonial activity, such as Sheikh Zakzaki's ancestor, who was one of the jurists of his time and one of the fighters against colonialism in Africa.

Zakzaki, who was originally Maliki Sunni, became a Shiite after meeting with Imam Khomeini and after returning to Nigeria, started to call Nigerian people to the religion of the Ahl al-Bayt (as).