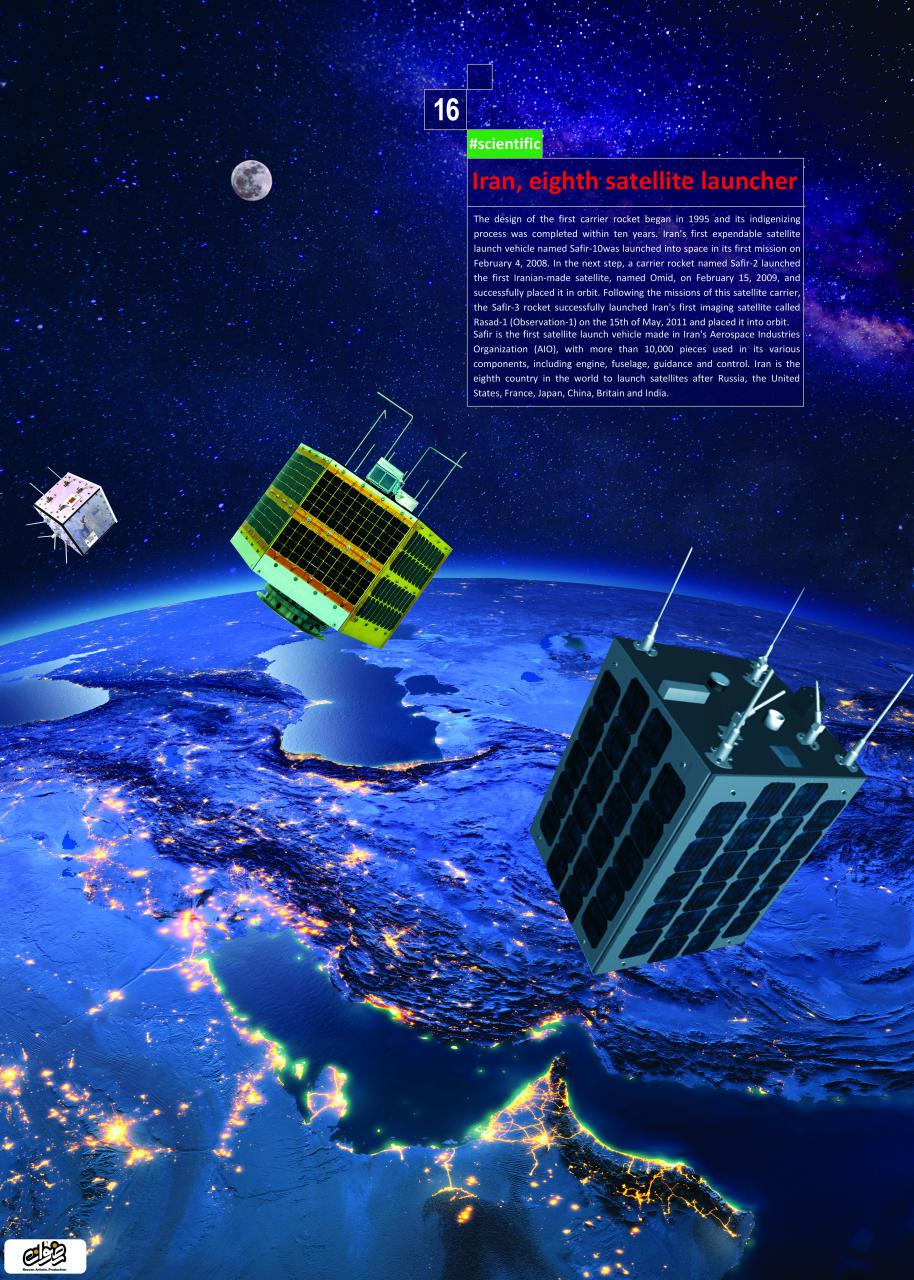 The design of the first carrier rocket began in 1995 and its indigenizing process was completed within ten years. Iran's first expendable satellite launch vehicle named Safir 10was launched into space in its first mission on February 4, 2008. In the next step, a carrier rocket named Safir-2 launched the first Iranian-made satellite, named Omid, on February 15, 2009, and successfully placed it in orbit. Following the missions of this satellite carrier, the Safir-3 rocket successfully launched Iran's first imaging satellite called Rasad-1 Observation-1) on the 15th of May, 2011 and placed it into orbit. Safir is the first satellite launch vehicle made in Iran's Aerospace Industries Organization (AIO), with more than 10,000 pieces used in its various components, including engine, fuselage, guidance and control. Iran is the eighth country in the world to launch satellites after Russia, the United States, France, Japan, China, Britain and India.