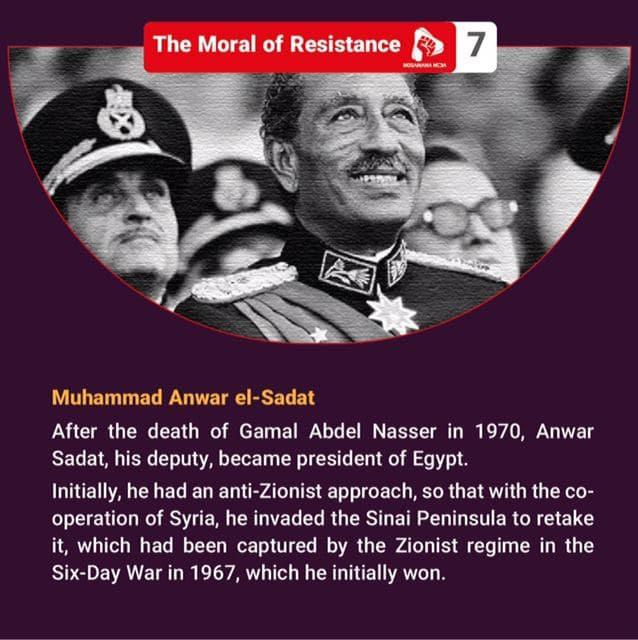 After the death of Gamal Abdel Nasser in 1970, Anwar Sadat, his deputy, became president of Egypt.

Initially, he had an anti-Zionist approach, so that with the cooperation of Syria, he invaded the Sinai Peninsula to retake it, which had been captured by the Zionist regime in the Six-Day War in 1967, which he initially won.