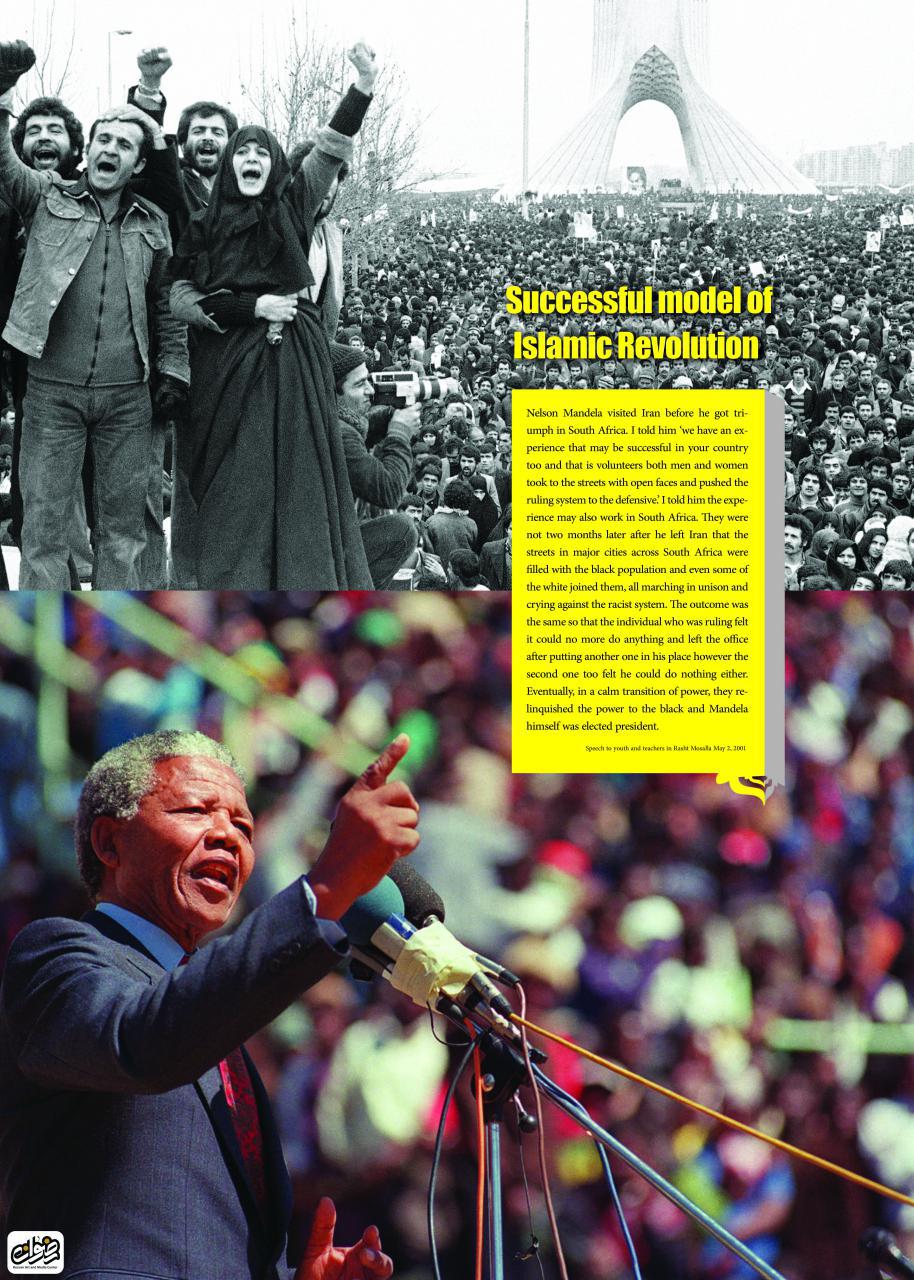 Nelson Mandela visited Iran before he got triumph in South Africa. I told him 'we have an experience that may be successful in your country too and that is volunteers both men and women took to the streets with open faces and pushed the ruling system to the defensive I told him the expe rience may also work in South Africa. They were not two months later after he left Iran that the streets in major cities across South Africa were filled with the black population and even some of the white joined them, all marching in unison and crying against the racist system. The outcome was the same so that the individual who was ruling felt it could no more do anything and left the office after putting another one in his place however the second one too felt he could do nothing either. Eventually, in a calm transition of power, they relinquished the power to the black and Mandela himself was elected president