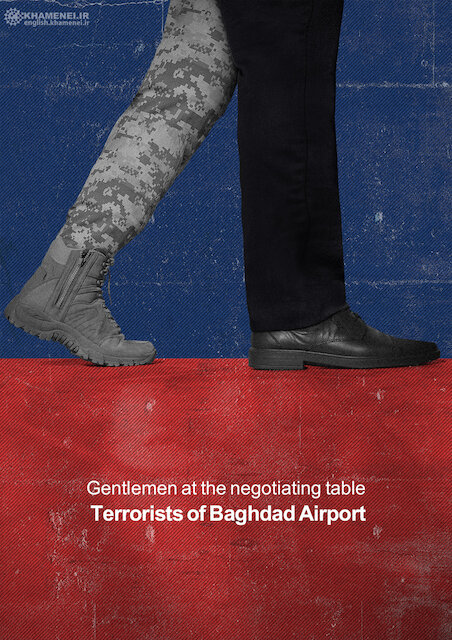 I should add that another measure that they adopted in order to overshadow those great events was what these three vicious European governments did: the vicious English government and the French and German governments. They threatened Iran that they would take the nuclear matter to the United Nations Security Council again. Of course, the officials of the country responded in a firm manner. They received a firm response.

These are the three countries which helped Saddam as much as they could in the war that was imposed on us. The German government provided Saddam with chemical weapons so that he would target our cities and our frontlines. The effects of those chemical weapons still exist among our veterans. The French government gave him “Super Etandard” helicopters in order to target our oil tankers. This is their record. As for the English government, it served the goals of our enemies with all its power. It served the interests of Saddam as well. They are like this. This is their history and they are acting in the same way today. We should adopt such an outlook towards them.

I used to say this from the beginning. After the US left the Bar-Jaam [JCPOA], those three governments would rant and rave all the time. On that day, I said that I did not trust them and that they would not do anything because they serve American interests. Today, this has become completely clear. After the passage of one year, it has become clear that they are America’s footboys in the true sense of the word. They are America’s footboys. That is while those little governments hope that they can bring the Iranian nation to its knees. The US who was greater than you and began these measures before you and who is your master failed to bring the Iranian nation to its knees. You are too small to bring the Iranian nation to its knees! [Audience chants, “Allahu Akbar”].

Even when they want to negotiate, their negotiations are mixed with deception and trickery. Those who appear at the negotiating table, those “gentlemen” who sit at the negotiating table are the same terrorists of the Baghdad airport! They are the same people and they are no different. They only appear in disguise. It is the iron fists that takes off its velvet cover and glove and reveals its true self. Otherwise, their nature is the same and it is no different. They cannot be people whom we can trust.