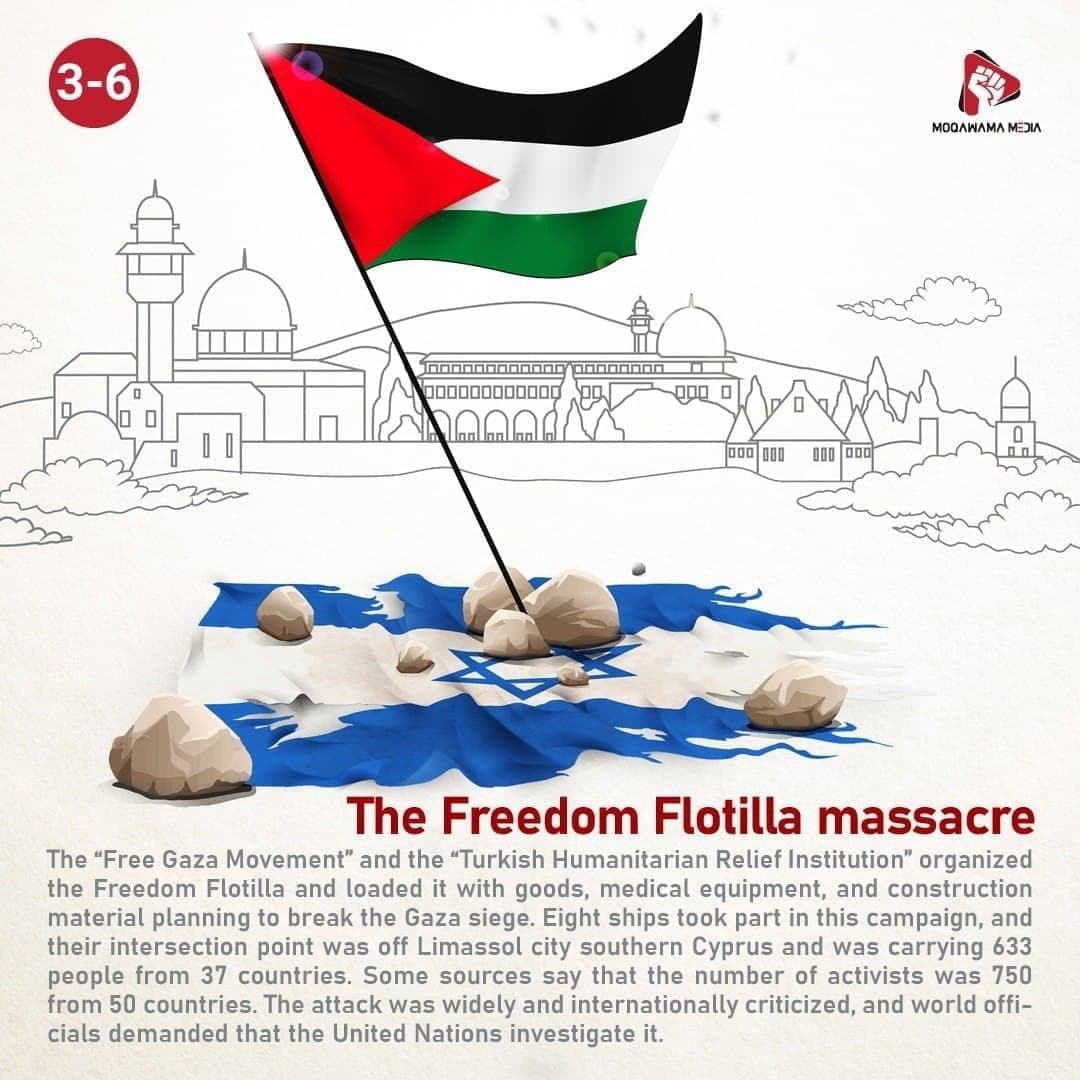 The “Free Gaza Movement” and the “Turkish Humanitarian Relief Institution” organized the Freedom Flotilla and loaded it with goods, medical equipment, and construction material planning to break the Gaza siege. Eight ships took part in this campaign, and their intersection point was off Limassol city southern Cyprus and was carrying 633 people from 37 countries. Some sources say that the number of activists was 750 from 50 countries. The attack was widely and internationally criticized, and world officials demanded that the United Nations investigate it.