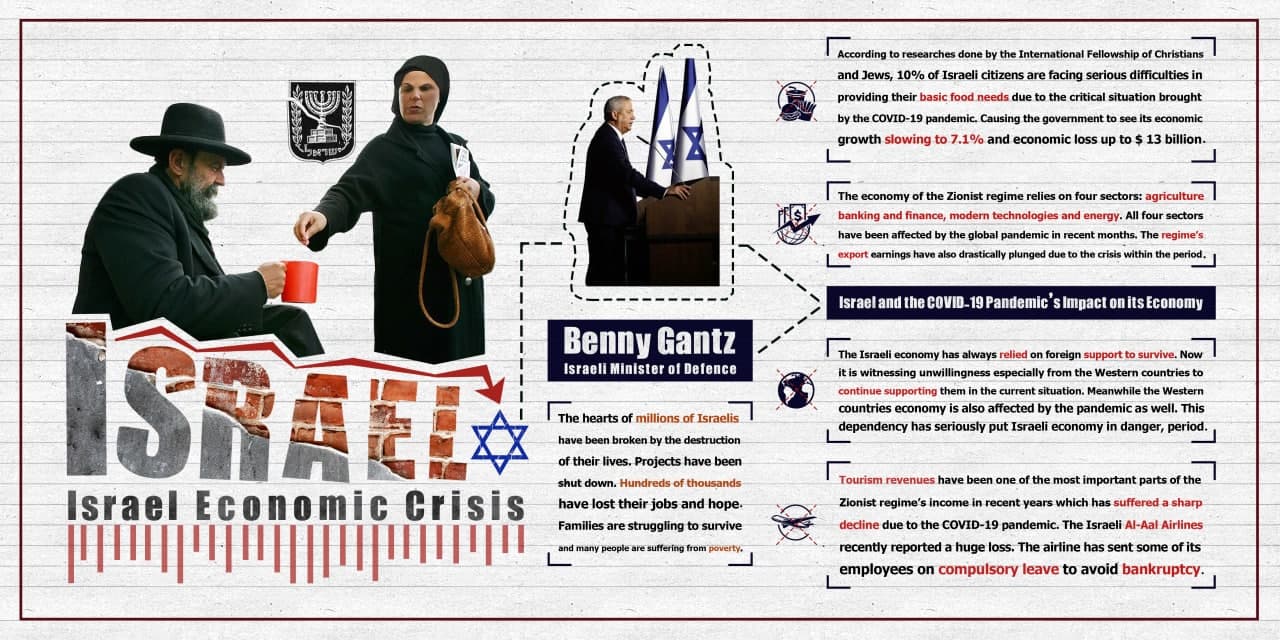 The hearts of millions of Israelis have been broken by the destruction of their lives. Projects have been shut down. Hundreds of thousands have lost their jobs and hope. Families are struggling to survive and many people are suffering from poverty.

According to researches done by the International Fellowship of Christians and Jews, 10% of Israeli citizens are facing serious difficulties in providing their basic food needs due to the critical situation brought by the COVID-19 pandemic. Causing the government to see its economic growth slowing to 7.1% and economic loss up to $13 billion.

The economy of the Zionist regime relies on four sectors: agriculture banking and finance, modern technologies and energy. All four sectors have been affected by the global pandemic in recent months. The regime's export earnings have also drastically plunged due to the crisis within the period.

Israel and the COVID-19 Pandemic s impact on its Economy

Tourism revenues have been one of the most important parts of the Zionist regime's income in recent years which has suffered a sharp decline due to the COVID-19 pandemic. The Israeli Al-Aal Airlines recently reported a huge loss. The airline has sent some of its employees on compulsory leave to avoid bankruptcy