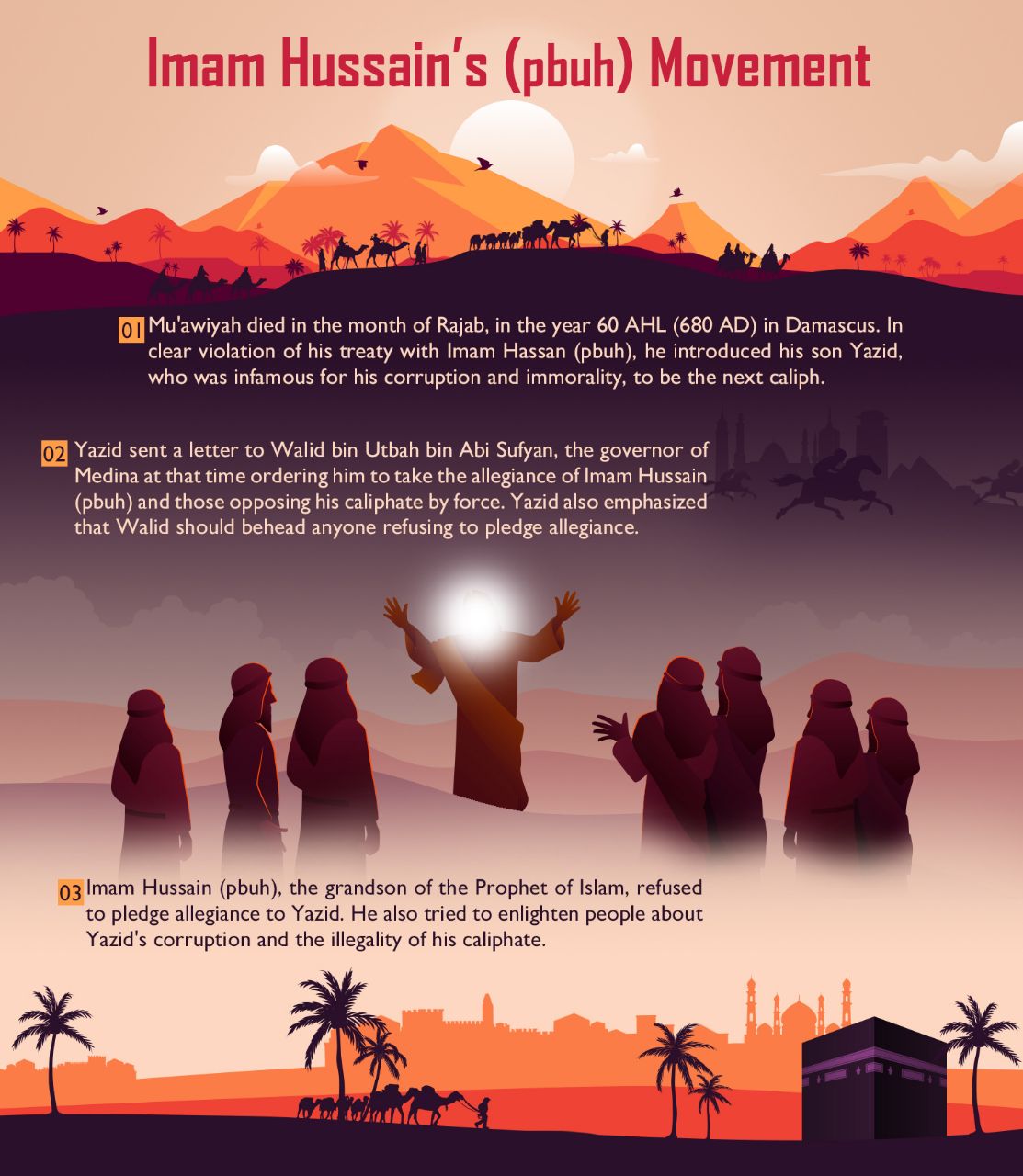 Imam Hussain's (pbuh) Movement
Mu'awiyah died in the month of Rajab, in the year 60 AHL (680 AD) in Damascus.
In clear violation of his treaty with Imam Hassan (pbuh), he introduced his son Yazid, who was infamous for his corruption and immorality, to be the next caliph.
Yazid sent a letter to Walid bin Utbah bin Abi Sufyan, the governor of Medina at that time ordering him to take the allegiance of Imam Hussain (pbuh) and those opposing his caliphate by force. Yazid also emphasized that Walid should behead anyone refusing to pledge allegiance.
Imam Hussain (pbuh), the grandson of the Prophet of Islam, refused to pledge allegiance to Yazid. He also tried to enlighten people about Yazid's corruption and the illegality of his caliphate.

Muharram2022
Imam hussein
Karbala
There are no comments for this article