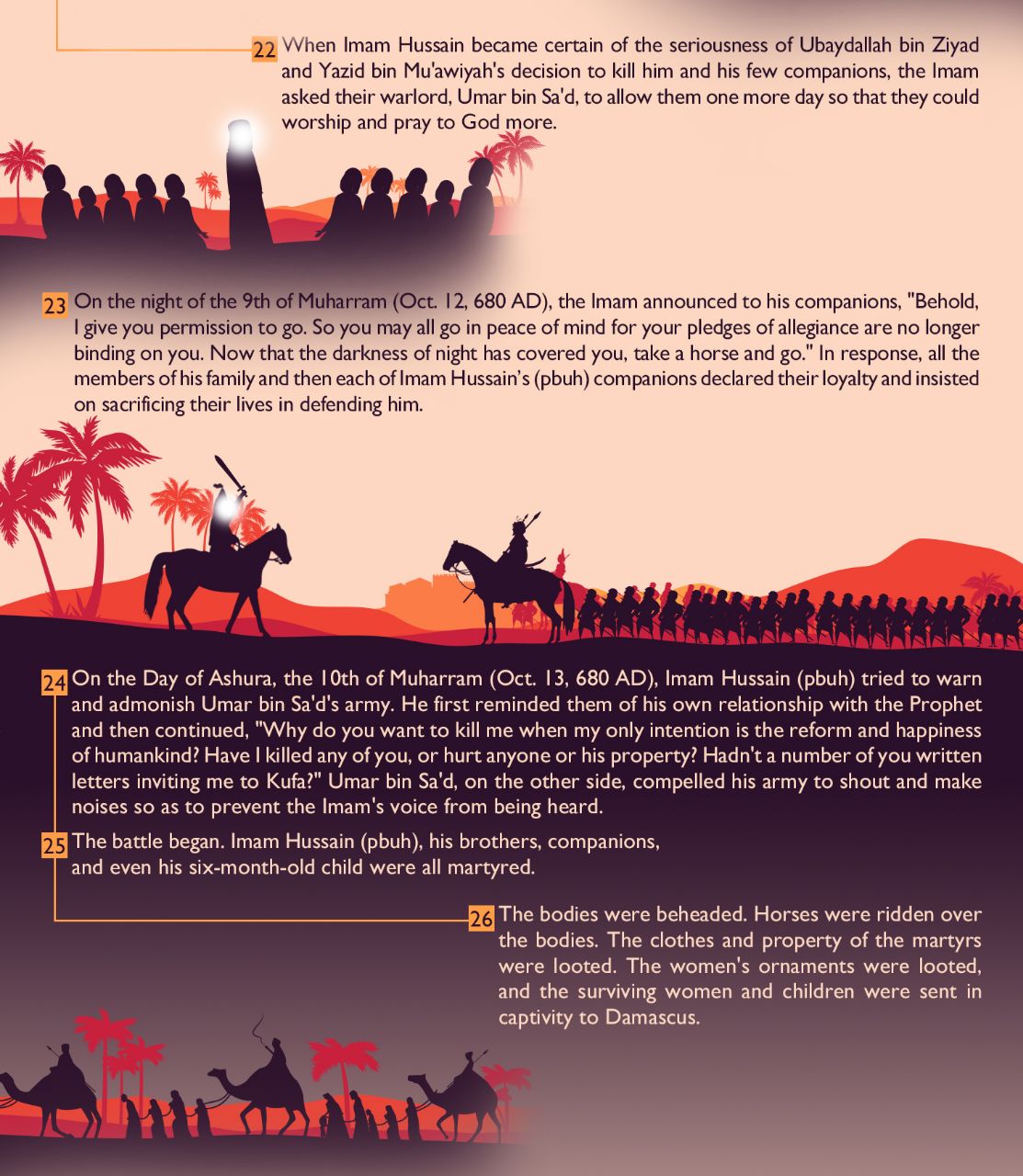 When Imam Hussain became certain of the seriousness of Ubaydallah bin Ziyad and Yazid bin Mu'awiyah's decision to kill him and his few companions, the Imam asked their warlord, Umar bin Sa'd, to allow them one more day so that they could worship and pray to God more.
On the night of the 9th of Muharram (Oct. 12, 680 AD), the Imam announced to his companions, "Behold, I give you permission to go. So you may all go in peace of mind for your pledges of allegiance are no longer binding on you. Now that the darkness of night has covered you, take a horse and go." In response, all the members of his family and then each of Imam Hussain's (pbuh) companions declared their loyalty and insisted on sacrificing their lives in defending him.
On the Day of Ashura, the 10th of Muharram (Oct. 13, 680 AD), Imam Hussain (pbuh) tried to warn and admonish Umar bin Sa'd's army.
He first reminded them of his own relationship with the Prophet and then continued, "Why do you want to kill me when my only intention is the reform and happiness of humankind?
Have I killed any of you, or hurt anyone or his property? Hadn't a number of you written letters inviting me to Kufa?" Umar bin Sa'd, on the other side, compelled his army to shout and make noises so as to prevent the Imam's voice from being heard. 25 The battle began. Imam Hussain (pbuh), his brothers, companions, and even his six-month-old child were all martyred.
The bodies were beheaded. Horses were ridden over the bodies.
The clothes and property of the martyrs were looted. The women's ornaments were looted, and the surviving women and children were sent in captivity to Damascus.

Muharram2022
Karbala
There are no comments for this article