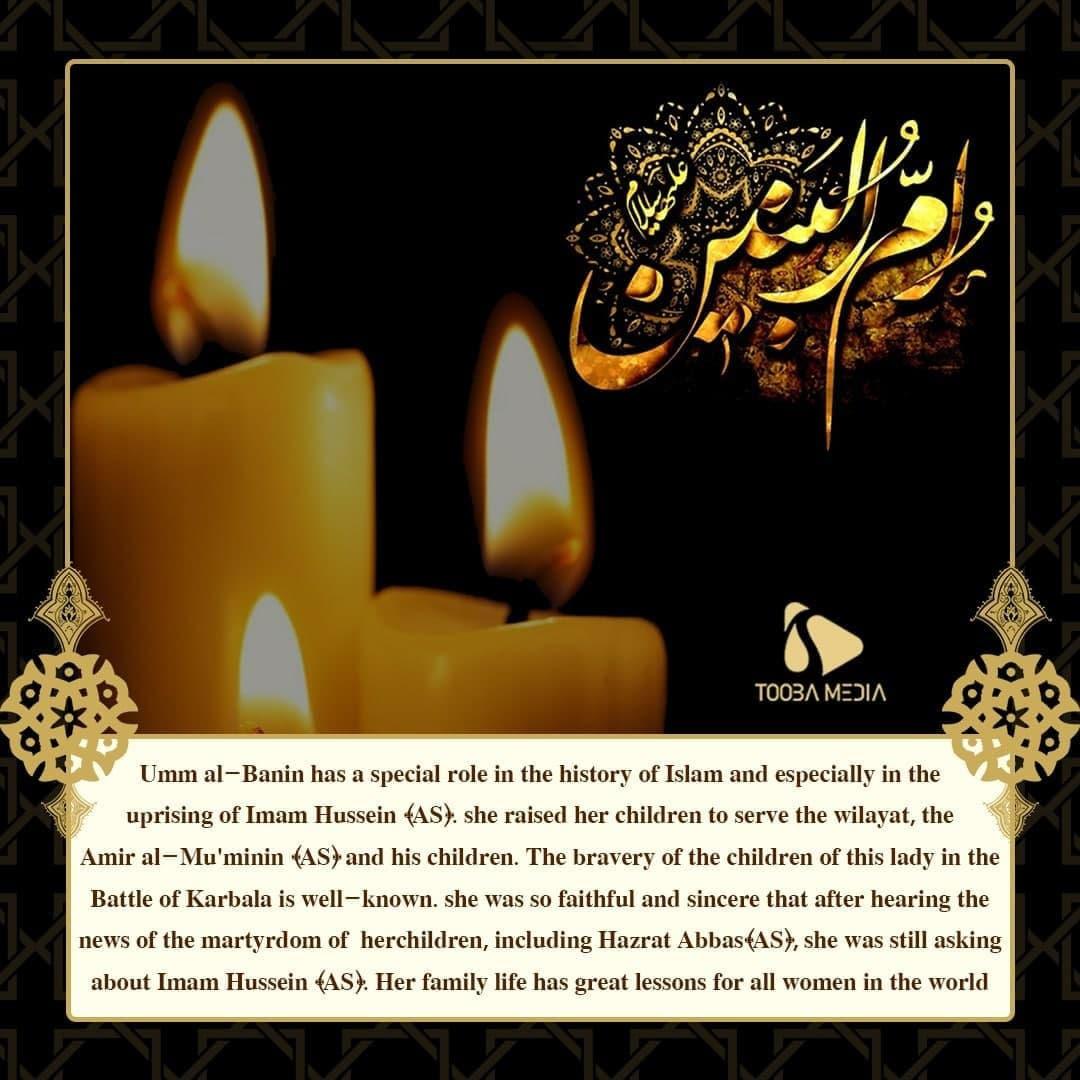 Umm al-Banin has a special role in the history of Islam and especially in the uprising of Imam Hussein (AS). she raised her children to serve the wilayat, the Amir al-Mu'minin (AS) and his children. The bravery of the children of this lady in the Battle of Karbala is well-known. she was so faithful and sincere that after hearing the news of the martyrdom of  herchildren, including Hazrat Abbas(AS), she was still asking about Imam Hussein (AS). Her family life has great lessons for all women in the world.